In November 2007, Simon Maskill, a good friend of mine, asked if I fancied running the Santa Dash in Liverpool. If you have not done this kind of thing before, this entails dressing up in a Father Christmas outfit and running for 5km with thousands of other ‘red robed’ runners (although in Liverpool, Everton fans wear blue Santa suits!) to gain a shiny medal and a red t-shirt.

I had never run anywhere in my life – well maybe on a treadmill, but never on the road. I have always been a gym goer, but never a runner. Having thought about it for a little while, ‘what the hell’ was my conclusion. Let’s give it a go. It took me just over 24 minutes – both to complete the run, and to become completely hooked. The feeling of finishing a race and get a medal was like no other – I loved it. Simon suggested I move from that to the Liverpool half marathon – in my enthusiasm I thought that adding another 10 miles on top of a 5k would be a  doddle!

21 half marathons, and 1 full marathon later, I am now a fully fledged distance fun runner – I say ‘fun’ – but this is debatable. Distance running is hard – very hard. Getting up at 5 in the morning to do training runs is not easy – Rosie (our chocolate labrador) helps – if I do not get up, she does not get a run. I have had numerous injuries – the worst being an ITB problem.  I have gone through a lot of trainers – much to the annoyance of Naomi – each time a pair arrives, she looks at me in dismay!

I have learned a lot about myself though. I have lost 3 stone since 2007. I have become fitter than ever before in my lifetime. I have learned that I can do anything – however hard it is. I have learned that winning is not about coming first – but about completing the challenge I set myself. Originally, I could not get under 2 hours for a half marathon – I have now beaten that. My record is now 1:52 – I now need to get under 1:50 – I know I will do it.

Completing the 2012 Chester Half Marathon

I have run half marathons in Liverpool, Chester, Wrexham, Anglesey, Wilmslow, Warrington, Helsby, Clowne, Conwy, Freckleton and Leeds. I have seen people from all walks of life raising millions for charitable causes – it is incredible inspiring. In 2011, I ran my first marathon – the Liverpool Marathon – it was horrible – it took me 4 hours and 50 minutes – but I did it.

In October 2012, I took on the Chester marathon in aid of the Lady Taverners(http://www.justgiving.com/LadyTavernersPinkPantherMarathon). It was not any marathon though – I ran it dressed as the Pink Panther – am I mad? yes! 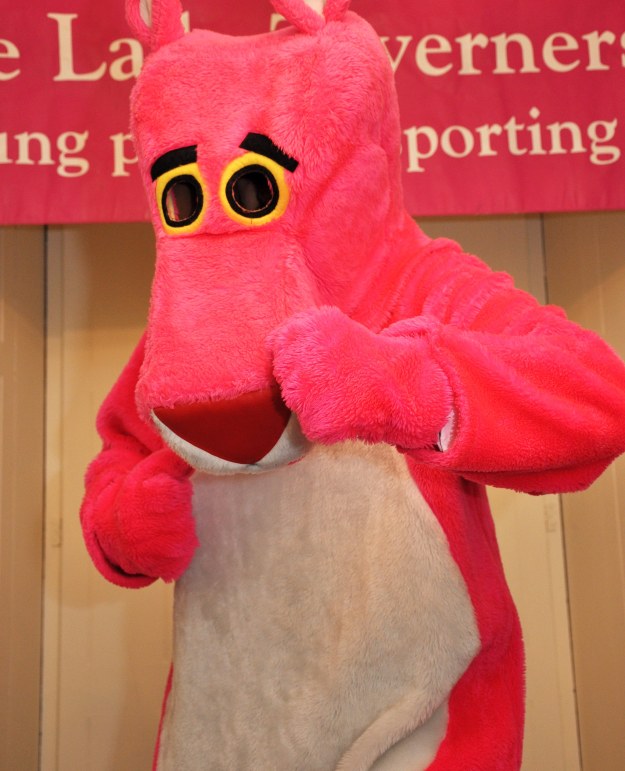 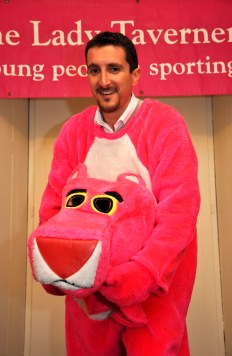 It is not just running that has gripped me as I reach the ripe old age of 40. In 2011, along with my work colleagues at Shop Direct Group, I had the honour and pleasure of taking on the National Three Peaks Challenge. We did so on behalf of two military charities – Help for Heroes and Commando 999 (a charity that helps to recuperate injured Marines). Recuperating Marines joined us to climb each peak – they were and are inspirational. As a team we raised over £15,000 – a wonderful achievement. I personally completed the challenge in 23 hours and 24 minutes. It was the hardest thing I had ever done in my life. The challenge was made possible through a lot of preparation, a lot of training, and amazing support from our mountain leaders – Go Commando. Having conquered England, Scotland and Wales highest peaks, I said I would never climb a mountain again – how foolish of me! 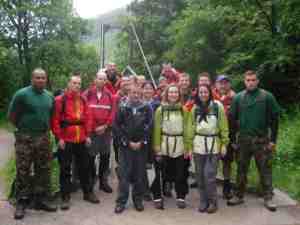 As a result of my participation in the BBC programme ‘Turn Back Time’, I decided to take on the challenge on behalf of the ABF – the Soldiers Charity. This Charity, unlike Help for Heroes, supports all soldiers since World War II. I am proud to have raised over a thousand pounds for them. https://www.justgiving.com/ijgolding

The challenge was like nothing else I have ever experienced. As if crossing Crib Goch was not enough (a terrifying ridge walk with a 3000 foot drop either side), we had to contend with torrential rain and gale force winds from the off. The conditions got so bad, that regrettably, we were forced to abandon the attempt. Prior to abandoning, I managed to reach 7 peaks in just under 12 hours. I have never been so wet in my entire life. I never wanted to see a mountain ever again – again! 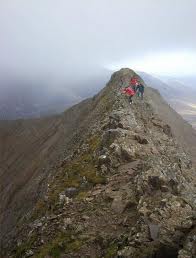 The terrifying Crib Goch – terrifying if like me you are not keen on heights!

However, I now know that when you commit to taking on a challenge, you cannot let it beat you. I will therefore try to beat the 15 peaks again – in summer 2013. If you fancy joining me, let me know!