First Impressions – how an airport can demonstrate the importance of creating the right ones!

I am writing this blog post late into the night on the 30th April 2014. For a while I have intended writing a post that uses an airport as the analogy for getting the start and the end of the customer journey absolutely bang on. My experience this evening has meant that I must write that post NOW!

Dubai airport is unlike any I have ever seen. Some would describe it as overly opulent – the baggage hall is enormous with magnificent columns with gold shimmering against thousands of mirrors. There are employees everywhere with clearly identifiable uniforms on hand to help you if you need guidance. It is quite an experience just seeing the sheer scale of the operation. Like most things in Dubai, the airport could be perceived as being another ‘show of wealth’, yet having listened to someone who works for the airport, there is a far more important and significant reason behind it.

Sheikh Mohammed is a national leader who is passionate about his country. Sheikh Mohammed has an ambition to bring more people into his land to experience it and enjoy it. What is amazing is that he has a clear understanding of the concept of the customer journey – he recognises that the first impression a new visitor to the UAE will have is of his airport. That is why he has invested so much money in creating the most amazing airport experience he can. If guests (yes guests) to his country have a fabulous first impression…..and last impression, then they are more likely to return.

Let me now fast forward to today – 19:15 this evening to be precise. When my flight from Budapest landed at London Gatwick, little did I know how far removed from Sheikh Mohammed’s vision my experience arriving back in the UK would be. As I walked from the gate to border control, I started to sense something was up. In all my years travelling to and from the UK, I have never witnessed a queue for passport control quite like it. Hundreds, maybe thousands, of people were snaking around the airport building. Everyone looked rather bewildered. ‘What is happening?’ I could hear English speakers asking. Many foreign languages could be heard – I hate to think what they were saying about the country they were trying to enter.

As the queues got longer, I got more frustrated. As I started to Tweet and post on Facebook, I discovered for myself that there was a computer problem. Yet for the 50 minutes I battled through the queue, I heard not one announcement, and not one member of staff from either Gatwick Airport or the border force bothered to make themselves visible to help or advise passengers. As I started to get closer to the desks, I noticed a number of them that were not even manned by a member of staff.

It was a huge shambolic mess – passengers were pushing in, unclear as to where the queue was actually supposed to start. Credit should be given to the thousands of customers who quietly and diligently stood in line. I personally did not witness a raised word despite the shambles – there was almost a sad acceptance that this happens in the UK – and that is sad! The experience was not made any better by finally arriving at a desk. As my passport was taken out of my hand, I was not greeted by an apology, or even an acknowledgement of the wait. Instead, I was told that ‘this is not my fault, it’s the system’ – I kid you not. David Walliams’s Little Britain character is alive and well and working for the Home Office in the UK. I do not hold these hard working people responsible for the failure of a computer system. I do not hold them responsible for there clearly being no contingency plan in place. However I do expect that they should be able to empathise with the people they are serving. Who knows how far some of the passengers had travelled – to be greeted by chaos.  An apology and some empathy would not go amiss. The first impression that these valuable tourists had this evening is completely unacceptable – you would not have guessed that we live in a supposedly developed country.

Interestingly, I have just received a text message from Easyjet – the airline who transported me to Gatwick – the text states:

Very empathetic – and a great lesson on how to communicate with customers for the two organisations who should be apologising – the UK Border Authority who caused the problem, and Gatwick Airport for completely failing to support passengers in their airport!

Passengers tonight will have paid more than just having to stand aimlessly in a queue. Some will have missed trains to onward destinations. Some will have been unable to travel further into London as a result of the Tube strike – who is going to compensate them for that? No one.

So ask yourself this – would this have happened in Dubai airport? Maybe it is an unfair question, but I doubt very much that it would have been handled in the same way. I can guarantee that there would have been plenty of people on hand to help, support and look after valuable guests. The customer journey is what makes the customer experience – if it starts and ends well, the customer is very likely to retain positive memories about it. I can only hope that the UK learns from what happened today – whilst computer systems may be out of the control of humans, the behaviour of people is not. One thing I can confirm – I shall not be using Gatwick Airport again.

To read the news articles about the ‘computer glitch’, please follow these links: 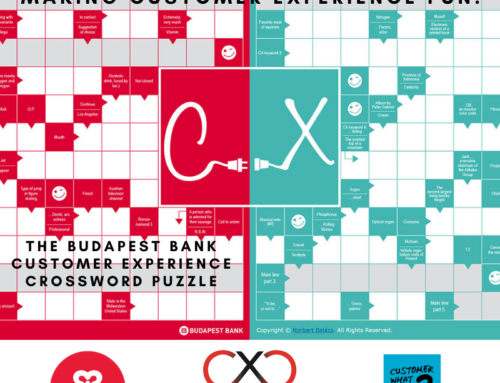 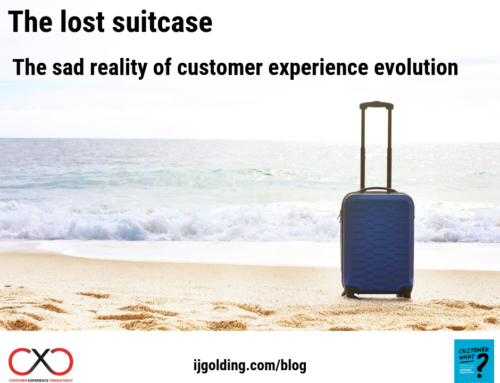 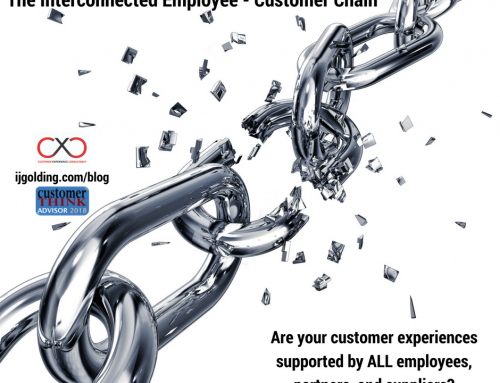 Is your organisation interconnected? The employee – customer chain Gallery

Is your organisation interconnected? The employee – customer chain